Book publishing isn’t only for the starving writer, the up-and-coming entrepreneur, or the budding public speaker hoping to get noticed. After all, haven’t we all seen A-rated celebs and political wonks get published en masse, setting the airwaves and the internet abuzz with their tales of triumph, temptation, and triviality?

They all get it. They get that it’s not about the book. Well, it is, but it’s really bigger than the book. It’s about branding. It’s about setting yourself up for the next great opportunity, even while you’re sitting pretty in the C suite. So why, when all is well in your corporate oasis, would you, the leader of a thriving company, invest the time (and perhaps the expense) to write a book? Aren’t there already millions of titles out there that no one reads anyway because they’re all too busy working their 9-to-5 gigs to prove their worth and hoping to some day push you out of your top spot? Hmmm, now that’s food for thought.

Why join the parade of talking heads who think that just because they’ve made it to what most think is the glamorous top ranks, that any and everybody suddenly wants to know how they did it, where they started, who they stepped on to get there, what it cost them, what they learned, and what they think about one thing or another? Why? Because you’re one of them, and these days baring your soul in a book is how to keep yourself among the top ranks of power players.

Here’s what they all know about branding and book publishing that you probably don’t:

It’s one of the best ways to build your brand: Haven’t you noticed the branding that’s happening with corporate leaders these days? They’re not only tied to the brand they lead, but they’re inventing a brand of their own. Think Jobs (black T with blue jeans), Sandberg (no-nonsense anti-chick), Zimmern (mustache, raspy voiced “You’re gonna like the way you look”), Buffett (The Oracle of Wall Street, demure, unassuming, grandpa), Winfrey (every woman’s best girlfriend). Define your personal brand and take it with you wherever you go. Better yet, let it speak for you wherever you are not, meaning give them something to talk about. The “You” brand is the subject of chatter when you’re not in the room (and I don’t mean water-cooler gossip about the boss). I’m talking the big league banter of “Who do we want on our team to help get us to the next level? Who’s done it for some other company? We don’t care how much it costs, just get him/her here!” That’s called you’re hot, in high demand, and can write your own ticket.

It helps establish your expertise: We all want a s/hero. We want to know about The One who came up with that great idea or made the daring decision that changed the way we all look at . . . everything. Leave your phony humility at the elevator door of your penthouse and tell the world (in an honest, yet mildly glorified manner) that you really do add more to the corporate scene than an expensive suit and a product roll-out chart with more diagonal lines and arrows than anyone knows what to do with. You’ve got game, knowledge for the next generation of leaders, so you might as well set yourself up to be the revered leader you secretly want to be known as. That’s called legacy. Speaking of that.

It allows you to leave a legacy: Long after you’re gone, your book will exist. It will tell your side of the story about what X-Y-Z Corporation accomplished during your tenure and what you did to make it happen. You haven’t poured your blood, sweat, tears, ideas, and elbow grease into your company to see it all go down the drain when the latest whiz kid comes along with a hi-tech solution to rescue the industry. What you’ve contributed is worth gold, it’s the foundation on which the company’s early and most recent success was built. On the other side of your humility is your secret desire to have others recognize you for what you’ve done. But not only that, you want to do all you can to make sure that all of your hard work isn’t forgotten by the next generation of leaders. You want to leave a legacy and to share what you know.

It’s a great way to impart knowledge: You know stuff. And after years of doing what you do, the irresistible urge to share what you know becomes stronger than the need to step aside to let others lead. Your knowledge is not just the “what” of your accomplishments, it’s the “how.” Using your book to explain how you know what you know and do what you do seals the juiciness of your grey matter in stone. Not only that, done right, it can inspire and influence those in your sphere today and those who come after you.

Here are just some of the big wigs who get it when it comes to the connection between book publishing and branding. They get the concept of “the new intellectual property” and they’ve brought their A-game to both Wall Street and Main Street.

They’ve done it. So what are you waiting for?

For help in getting started with your book project, contact Anita at anita@writeyourlife.net.

Henderson helps entrepreneurs and executives enhance their platforms, and build their brands by becoming pu
blished authors. Through her  Write Your Life program, new authors overcome the struggles of writing, publishing, and marketing books, and learn to leverage their books to achieve success. 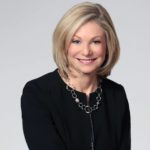 Anita is an essential resource for a first-time author.

Shelley Hammell,
author of You Think You're Coaching But You're Not!

Shelley Hammell,
author of You Think You're Coaching But You're Not!

She provided clarity where there was none, order where there was confusion, and valuable insights into how to transform my manuscript into a book I feel proud to publish.
https://writeyourlife.net/testimonials/anita-is-an-essential-resource-for-a-first-time-author/ 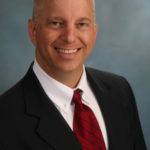 Anita’s step-by-step process made it fun.

Anita’s step-by-step process made what had previously seemed like a daunting project manageable and even fun. Working with Anita relieved the...

William Piercy,
author of Life's Too Short for a Bad Business Partner

William Piercy,
author of Life's Too Short for a Bad Business Partner

Anita’s step-by-step process made what had previously seemed like a daunting project manageable and even fun. Working with Anita relieved the stress and anxiety associated with my never having written a book and not knowing anything about the publishing process.
https://writeyourlife.net/testimonials/anitas-step-by-step-process-made-it-fun/ 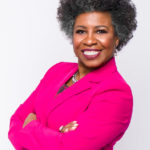 Anyone who is ready to finally write a book and get it published should work with Anita because she knows...

Terrie Hudson,
author of Leave a Legacy That Counts

Terrie Hudson,
author of Leave a Legacy That Counts

Anyone who is ready to finally write a book and get it published should work with Anita because she knows how to flush out ideas, what it takes to produce a quality book, keeps you on task, and is so fun to work with. Hiring Anita is one of the best decisions I’ve made.
https://writeyourlife.net/testimonials/anitas-support-and-publishing-guidance-were-invaluable/

Thank you for sticking with me.

Anita, thank you for sticking with me on this project. Your patience, sense of humor, guidance, and compassion enabled me...

Mike Pitcher,
author of Seven eLements of Leadership for a New Breed of Leader

Mike Pitcher,
author of Seven eLements of Leadership for a New Breed of Leader

Anita, thank you for sticking with me on this project. Your patience, sense of humor, guidance, and compassion enabled me to complete it. You are a true professional.
https://writeyourlife.net/testimonials/thank-you-for-sticking-with-me/

I call Anita my book sherpa.

I call Anita my book sherpa. She guided me, helped me avoid the normal pitfalls authors run into, kept me...

Rena Kilgannon,
author of What's the Worst That Could Happen?

Rena Kilgannon,
author of What's the Worst That Could Happen?

I call Anita my book sherpa. She guided me, helped me avoid the normal pitfalls authors run into, kept me on track, and helped me achieve my life-long goal to become an author. She is an inspiration, a friend, a mentor, and a great advocate for all things related to being an author.
https://writeyourlife.net/testimonials/i-call-anita-my-book-sherpa/

Because of Anita Henderson’s skills, [our book] is a reality.

It is because of Anita Henderson's skills, and the dedication of the Write Your Life publication team, that through every...

Bernice Alexander Bennett,
co-author of Our Ancestors, Our Stories

Bernice Alexander Bennett,
co-author of Our Ancestors, Our Stories

It is because of Anita Henderson's skills, and the dedication of the Write Your Life publication team, that through every step of the book process [our book] is a reality. It became obvious that a large aspect of her service was coaching, and this service would enable the writer to transform a research and genealogy report into a story that others would want to read.
https://writeyourlife.net/testimonials/because-of-anita-hendersons-skills-our-book-is-a-reality/

Anita is an amazing author coach.

One of the primary things she instilled in me very early was to develop a clear platform that could expand...

Michael N. Henderson,
author of GOT PROOF! My Genealogical Journey Through the Use of Documentation

Michael N. Henderson,
author of GOT PROOF! My Genealogical Journey Through the Use of Documentation

One of the primary things she instilled in me very early was to develop a clear platform that could expand into a brand for myself.
https://writeyourlife.net/testimonials/anita-is-an-amazing-authors-coach/
0
0
Write Your Life